The most important features that distinguish AAT gyroplanes from the competition: 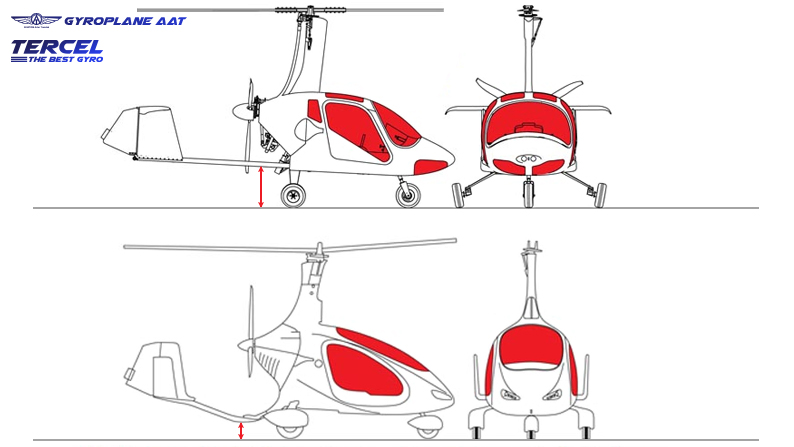 AAT gyroplanes maximize visibility thanks to a much larger windshield, which is profiled in three planes and spreads out to the sides. Additional glass in the door and rear allow us to see a wider perspective during the flight. Double windows in the roof and floor increase safety and make it possible to see the landing site directly below during landing (the pilot can accurately assess the heights above the landing site – additionally, it allows you to land at a given point, e.g. helipad).

It enables landing in all conditions (even the most difficult ones: uneven fields, meadows or other adventurous places). Landing with a higher ground clearance allows a shorter touchdown since the landing angle is three times greater than that of other gyroplanes. There is no fear of damaging the tail and other components at an uneven landing pad.

The engine compartment in AAT gyroplanes eliminates problems with heat accumulation and additionally cools the engine during the flight (Rotax engines overheat in closed covers on hot days). Another advantage of the semi-open covers is the possibility of quick and meticulous inspection, which ensures the safety of pilots. 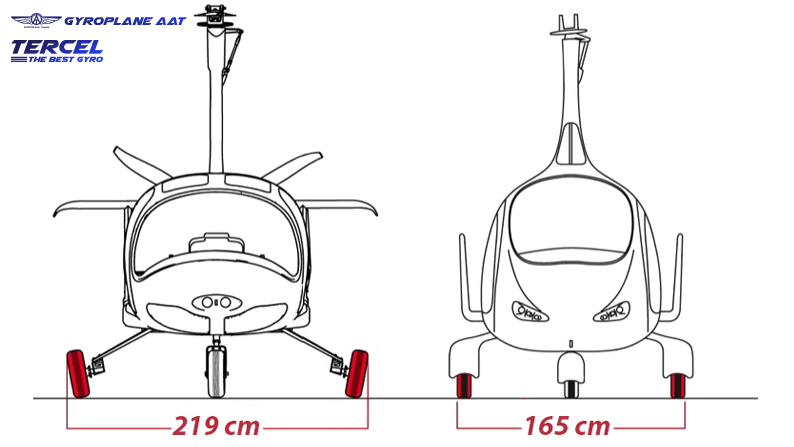 AAT aerodynamic cabins are among the key components of the Aviation Artur Trendak company. The safety and comfort of our clients’ travel are important to us. The assembly of self-supporting composite cabins is designed to: reduce unnecessary weight, reduce fuel consumption and increase performance and safety. The widened cabin with additional protrusions at the tail pipes creates additional lift (wing effect on the plane).

Extensive experience and daily conversations with customers allow us to create gyroplanes designed in accordance with their expectations and needs. Most people use gyroplanes for business and recreational flights, i.e. the machines are operated in all conditions and places. The much wider wheelbase of our gyroplane provides greater stability when taking off and landing on grass or uneven fields. Thus, we can taxi, take off and land on uneven terrain, at a higher speed than other gyroplanes (this is a great advantage for short and difficult landing sites).

The composite (carbon-kevlar) landing gear we produce dampen vibrations during taxiing on uneven landing grounds. They also act as shock absorbers during landing, because, unlike aluminum shins, they always return to their original shape and do not break (the effect of a bulletproof vest – high flexibility with increased strength and low weight). 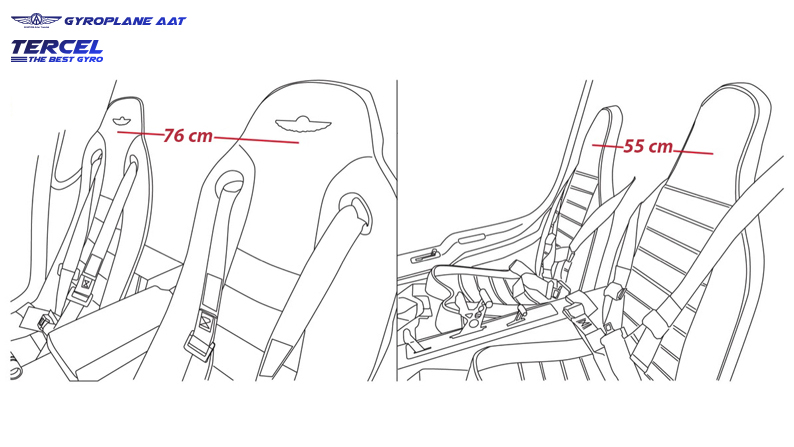 MORE SPACE IN THE CAB 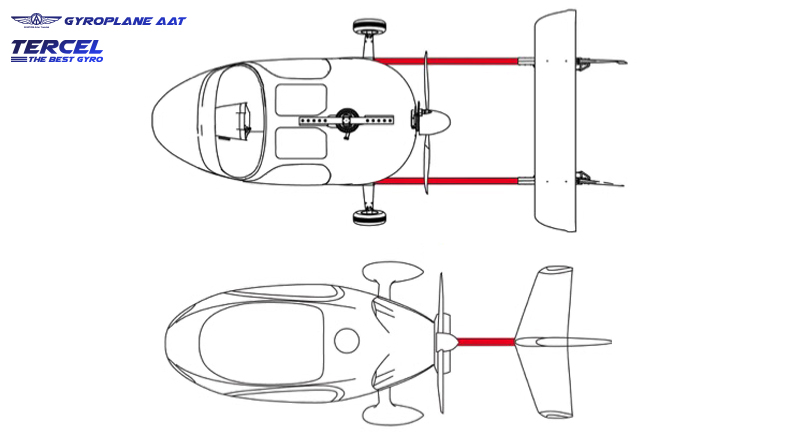 Double straight tail pipes are much stronger and vibration-free (when the entire horizontal stabilizer and tail rudder are mounted on one bent tube, there is additional vibration and vibration in the cabin). The reinforced connections of the AAT system also enable the passage of control elements inside the pipes that are not exposed to weather conditions. In addition, wires which supply power to the antenna mounted at the end of one of the pipes, are placed inside pipes. Which gives to the pilot a much better communication range. Greater safety is ensured by the even distribution of forces and stresses acting on two elements during landing. Tail tubes ends with small wheels that reduce friction during take-off and landing. 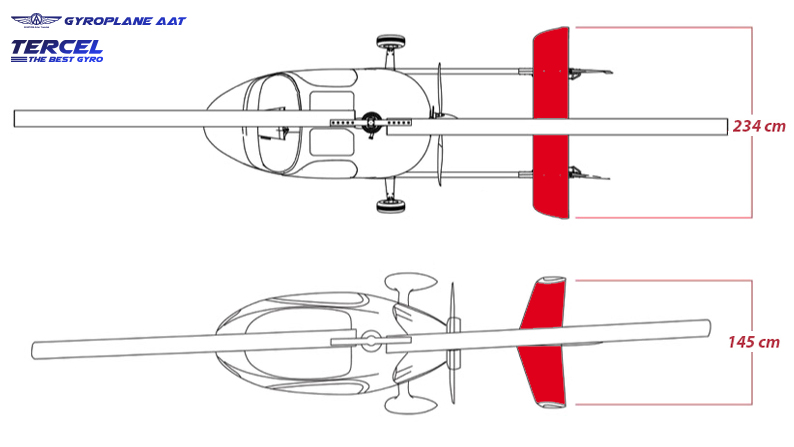 The wider and higher mounted ballast reduces the spinning effect. It is not exposed to damage during take-off and landing. Also note that the height of the fin is directly aligned with the propeller thrust centerline to increase steering efficiency and flight stability. It is the best solution on the market that is innovative.